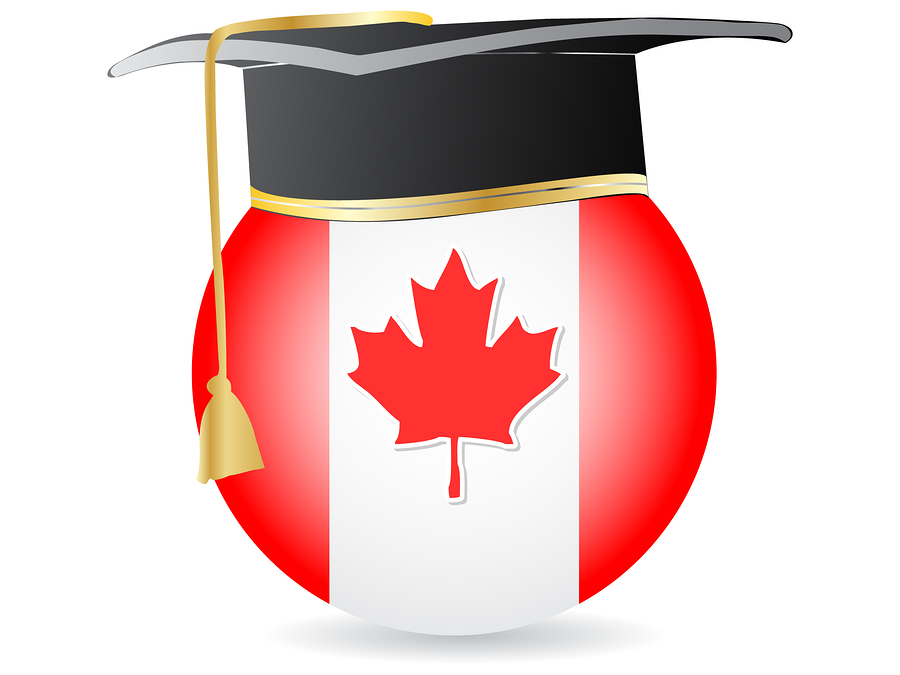 Canada follows the typical three-level education system, which includes primary, secondary, and higher education. Apart from this, they also have community colleges, summer camps, and specialty institutions such as language and technical institutes. Although Canadian schools follow this curriculum, there are substantial dissimilarities between provincial states. Universities and colleges in Canada are also optional and students may opt to take Vocational education for only two to three years. While this is the case, a great number of international and exchange students are signing up on these programs.

Only second to Russia, Canada is renowned as one of the largest countries in the world. Having only a population of 33,476,688 with a land area of 9,984,670 square kilometers, it is evident that only a miniscule part of the country is being occupied. Predictably, the totality of students and educational institutions in Canada is also of low quantity.

According to Statistics Canada, there were roughly 15,500 primary and secondary schools in Canada. About 0.65% or 10,100 of this is made up of elementary institutions whilst only 0.22% or 3,400 schools comprise secondary education. In addition, 0.13% of the total was composed of combined primary and secondary institutions. Overall, an average of 350 students is estimated for each school.

Different universities, and colleges, including specialty schools such as theological and vocational institutions, can be found in Canada. According to the Council of Ministe

s of Education in Canada, there were 163 government and private tertiary schools, including theological institutions. Moreover, a higher number of government and private colleges and institutes were tallied with a total of 183. Among these recognized schools, only 68 of these were established as university-level institutions whereas only 51 were recognized as college-level schools. In addition, only a particular number of courses and programs are open to students, those of which are permitted in accordance with customary quality assurance databases.

Looking at the overall number of university students, including both understudies and graduates, a 1.9% decrease was observed from year 2010/2011 to 2011/2012 with a total of 1,996,200. According to Statistics Canada, over the last ten years, the fields of humanities, business management, and social and behavioral sciences comprise the top three studied courses in 2011. About 22% of graduates consists of business students, 15% consists of those with social and behavioral sciences education, whilst 15% were in fitness and recreation trainings. The last count for the number of postsecondary students, which was done in 2012/2013, resulted with a total of 2,023,191, wherein 1,489,536 of those were full-time students while the remaining 533,652 were part-time. Fairly, it can be seen that a great number of these students require the need to study part-time which may be due to either financial burdens or personal complications.

In addition to this, Statistics Canada also stated that the overall number of enrollments in apprenticeship training programs in 2012 was 442,672. A 4.3% growth has been observed from the total number of apprenticeship students from year 2011 to 2012. The additional enrollments in 2012, with a total of 104,280, were recorded as the greatest increase since 2008.

Academic and non-academic faculties play a very significant character in the learning process of students. Therefore, it is very important that an adequate amount of school staff is able to support and instruct a great number of students. In 2014, a total of 1,217,015 academic and non-academic employees were counted by Statistics Canada. A growth rate of about 0.04% has occurred between the 2010 and 2014 statistics for educational and related personnel. According to the National Occupational Classification for Statistics in June, 2015, 751,900 of these are primary and secondary teachers and professors. A decline has apparently occurred since a total of 756,900 academic employees were tallied in June 2014. Although only very small decrease has transpired, the overall number of teaching personnel still expressed a very minimal quantity relative to the overall number of Canadian students. As stated by Statistics Canada, the student to educator ratio in primary and secondary schools, including government affiliated and private institutions, was found to be 13.8 in 2010/2011. Although this proportion has been reduced from the 14.7 ratio in 2006/2007, still, the apparent difference between the totalities of students and educators in primary and secondary schools, excluding non-academic assistants, show a significant rate.

Furthermore, the higher education comprises 44,943 full-time academic personnel as stated in the 2010/2011 statistics. Comparatively, a total of only 40,567 professors was tallied in 2006/2007. Evidently, this shows a sluggish development rate in the overall number of teaching staff at Canadian universities and colleges.

Statistics on revenue and budget

According to Statistics Canada, the total expenditure in government and private schools, both primary and secondary institutions, was a total of $59,124.4 million in 2010/2011. A 3.3% increase occurred since 2009/2010 which had a total of $57,214 million budget. However, comparing the funds for 2006/2007 to that of 2010/2011, the budget only increased by a mere $10 billion. Apparently, a slow growth rate can be observed in the monetary assignments for elementary and secondary institutions.

As for the higher education programs, an overall revenue of $37,441.6 billion was estimated in 2009. Relative to this, a 20% increase was observed from the university and colleges expenditures since 2005. Comparing year 2008 and 2009 budgets, a 3.5% growth has occurred. Although a lesser amount of funds are being added to the previous budgets, still, a consistent rise for the revenue and expenditures in postsecondary institutions is manifesting.